In June, I've been busy with final edits for an 11,000 word story, "Frade Killed Ellen." It will be released as an e-single by Dutch Kills Press, publisher of New York City's finest quality artisinal e-books. 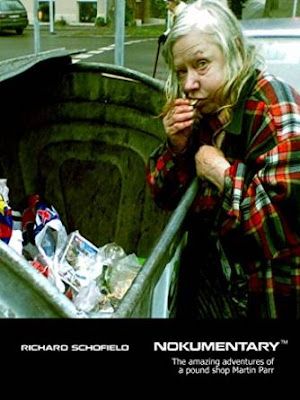 DKP's recent releases include "Nokumentary" by Richard Schofield and "Around and About Leslie" by Joshua Furst. Contact publishers Brooke Berman and Gordon Haber for more information.
at June 15, 2015 No comments:

"A guy hired me after a 3-hour interview at a coffee joint where I couldn’t afford a bland cup of coffee and said he’d call the next day. When he called, he offered me $500 a month to start. Full time."
at June 05, 2015 No comments:

with a side of Celine

A few days ago, I finished Charlotte Mandell's French-to-English translation of Mathias Enard's Zone, which has several wonderful references to and anecdotes about Celine, and then, this evening I began Kurt Vonnegut's Slaughterhouse Five, and it takes me only to page 19 to find Celine once more:

My other book was Erika Ostrovsky's Celine and His Vision. Celine was a brave French soldier in the First World War--until his skull was cracked. After that he couldn't sleep, and there were noises in his head. He became a doctor, and he treated poor people in the daytime, and he wrote grotesque novels all night. No art is possible without a dance with death, he wrote.

The truth is death, he wrote. I've fought nicely against it as long as I could. . . danced with it, waltzed it around. . . decorated it with streamers, titillated it. . .

Time obsessed him. Miss Ostrovsky reminded me of the amazing scene in Death on the Installment Plan where Celine wants to stop the bustling of a street crowd. He screams on paper, Make them stop. . . don't let them move anymore at all. . . There, make them freeze. . . once and for all! . . . So that they won't disappear anymore! 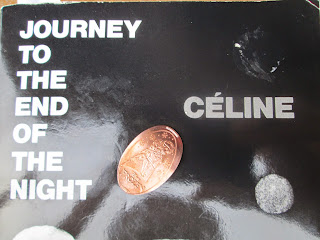 *Note: On Monday, between Enard and Vonnegut, I read and enjoyed Jean-Philippe Toussaint's Self-Portrait Abroad.
at June 02, 2015 No comments: