The writer Dan Fante joined his father John Fante this week. Both were novelists of Los Angeles championed in France for their "down and out in America" themes. Dan was published in French before he was published in English, and his best works were Chump Change and the family memoir, Fante. Mostly off the beaten path as an adult, Dan was teaching at the UCLA extension school for writers in some of his last years. Possibly his father would be seen as the more "important" literary figure (Ask the Dust, Brotherhood of the Grape, Dreams of Bunker Hill, screenplay credits including one for Algren's Walk on the Wild Side), and Dan was quite proud of his father's accomplishment and his Italian heritage. Late in life, Dan was partnering with his native province in Italy and getting his works translated into Italian. I discovered Chump Change in a Barnes and Noble across the country, back when small-press titles had a shot of sneaking into the chain stores, even if the authors weren't "local." Fifteen years later it would be far more difficult to learn of writers like the Fantes although since I found Chump Change in Philly, I've seen that Dan has had most of his books reprinted by a New York big, and almost all of John's titles have stayed in print and seem to be selling as well as ever. Famously, it was Charles Bukowski who discovered John Fante in the Los Angeles library, and would help revive interest in the author years later. They're all gone now, but not forgotten. 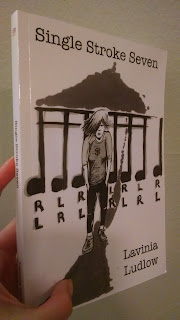 #FridayReads Fight for Your Long Day by Alex @Kudera & @AtticusBooks. If you said, #DeLillo wrote this, I wouldn't be surprised/disappointed
— James Tate Hill (@JamesTateHill) September 18, 2015